Social networking websites are widely used by the internet users and so its popularity has rapidly increased over the past few years. Either to promote the business or to connect with like-minded people, friends and family, social networks are mostly preferred by the people.

Some exceptional features like free to use, easy to navigate, sharing the interests in groups, create and develop online relationship etc. makes the social networking websites widespread among the users.

Google Plus was introduced in the year 2011 and it has been attained a solid growth in short duration of period. A recent study shows that there is only 10 % growth in the number of Facebook shares while the progress of Google Plus is almost double the growth of Facebook.

You might think “What are the reasons for this wild growth of Google plus social network?”. To provide answer for this question, I am going to discuss some useful Google Plus features better than Facebook.

Below are some the best features of Google Plus better than Facebook.

The interface of Google Plus is sleek which has easy customizable news stream with an option to choose from two different layouts. As the interface is more precise, it is easy to check how many people had left their +1, commented and shared that particular content etc. along with their tiny avatar. Each update title has two sides and the update’s activities can be viewed through the drop-down menu. Inspecting all the information of the shared content on the same news feed page with the slimy interface is an exceptional Google Plus feature.

But Facebook has stacking toolbar on the left side in which the users have to navigate through the network. It has single layout and the Facebook ads share some place in the news feed. Moreover, the interface of the Facebook seems out-dated when compared to the smooth interface of Google Plus.

2. Integration with other Google services

The integrating choice of Google Plus with other Google services attracts more users to it. If the Google Plus is being used for business purposes, then it would gain more credibility as it has some SEO benefits. i.e When a company or a product uses Google plus and received +1s for its Google Plus page/shared posts, then it could hold a top position in Google search. Not only for search results, Google will build networking features and tools into all of its online services like Gmail, Google Documents, YouTube, Google news etc.

Although the Facebook is essential for business and marketing, the Facebook likes has lowest correlation to search engine results when compared to Google +1s.

Circles is one of the popular Google plus features which allows the users to manage their followers and share the interesting stuffs with them. As the added people get categorized with this feature, the users need not to worry in selecting the people to share the desired information.

In Facebook, the users can add friends and other users, but they need to authorize each other. Even though, the Facebook had added the options like Follow people’s public posts and Close friends, it seems burdensome and long process than Google Plus Circles.

Google Plus features include Hangouts which is the video chatting mode of Google Plus. A group of people can hangout at the same time with chat and content sharing option. The users can fun with their friends here and the video quality is very good because it is supported by Windows, Mac and Linux.

Video chatting option is enabled in Facebook, but it has been tied up with Skype and it supports one-on-one video chat only. 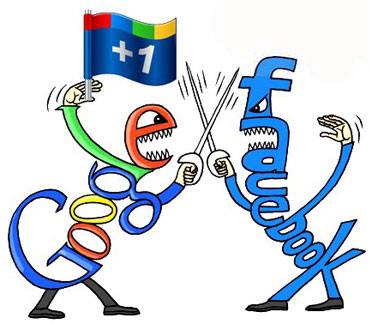 If the users share some data on their circles and typed content has some errors, they can edit their shared post with the option “Edit this Post” which is available in the Google Plus options menu. No need to delete the complete post and spend time to type it again.

In Facebook, there is no such editing option. If the users made some mistakes in the post, they have to delete the post and write all the information again. This might be frustrating and confuse the followers.

Sparks is in the list of Google Plus features which let the users to find the latest information on their fascinating subjects. i.e. If a user search for “Bill gates”, they could find the latest posts and you tube videos related to the search. There is also a share option existing at the bottom that allows the users to share the found content on their circles.

In Google Plus, the users can access the photo tab from left sidebar and new albums can be created by using “Upload photos”. After adding the pictures, it is possible to include the names & captions, rotating & reordering the pictures and tag people in the photos. Also the Google Plus uses “Picnik”, a photo editing software to change the effects of the uploaded image which offers quality images to the users.

Facebook is lagging behind the Google Plus for this image editing feature too.

People use social networks to share their interesting content/business posts. Google Plus allows the users to have a complete control of shared posts as it can be individually monitored and very easy to control. Posts can be shared to a specific circle/friend, tag them by just typing their name with the prefix of ‘+’, send a notification mail to them about the shared post, disable comments for a particular post and reshares on a post are some of the control based Google Plus features to take care of shared posts.

Sharing of post with link is enabled in Facebook, but the users could experience less flexibility and cannot have the full control over shared information.

Not only these, Auto hash tagging, Cloud integration and Redesigned stream are some of the recently added Google Plus features which seems better than Facebook.

Everyone need to understand that the useful Google Plus features was introduced for the people to have better social networking involvement and not aimed to kill Facebook. Due to the inclusion of innovative Google Plus features, more people get engrossed and diversify their work with it. With the help of the Google Plus profile, the users can have a cool interaction and make use of all Google products in a comfortable way.

The internet has opened up the means of communication across the world in the form of Social networking websites. Even though the Facebook is a successful networking platform, excellent Google plus features is setting a big competition to Facebook in great sense.